My beloved car, a 2009 Mitsubishi Lancer who I affectionately named Ruby, did so much more than get me from point A to point B. She got me from adolescence into adulthood. Here’s the story of our 137,292 miles together. 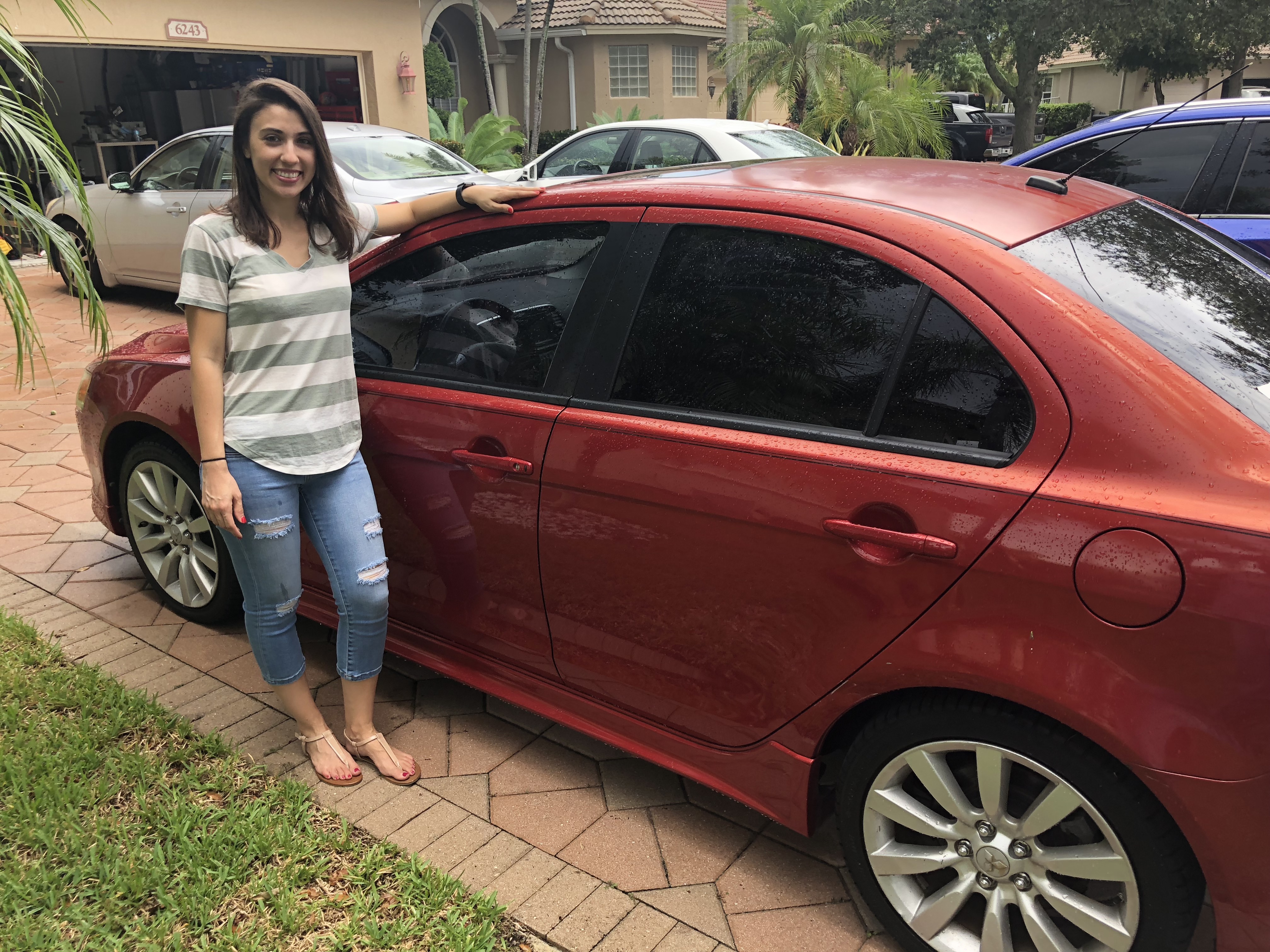 My parents bought me this car as a high school graduation gift. I remember sitting at the dealership with my dad and taking notes as he flawlessly negotiated the deal before finally being handed the keys.

As a Bronx native, my dad is incredibly street smart. But he was a high school dropout who didn’t have his own graduation to celebrate when he was my age. Of course I was thrilled and incredibly grateful for this gift, but it represented so much more than my achievements — it reflected my father’s too. He and my mom always said they made sacrifices day after day in their careers to provide their kids with opportunities they never had. My brand new car exemplified that. (P.S. my dad went back and got his G.E.D. and is now one year away from retirement.)

Straight from the dealership, my first ride with Ruby was to visit my grandmother in hospice. I watched my mom wheel her outside in her wheelchair. As sick as she was, my grandma beamed when I drove up in that car.

“It’s beautiful,” she said, with the biggest smile on her face.

She died just a few weeks later, right before I packed up my car for college. It was a bittersweet chapter of grief yet excitement for a new beginning.

My boyfriend at the time bought me an iPod that I loaded with songs that became the soundtrack of freshman year. I played “Pocketful of Sunshine” by Natasha Bedingfield more times than I’d like to admit. By September, I slowly added songs to get me through the heartbreak of being dumped. Ruby sat idle in the parking lot for a few days, as I was too devastated to leave my dorm room.

Yet two years later I found myself stranded on Alafaya Trail in Orlando with a flat tire. Clueless and desperate with no one else to call, I reached out to my ex who rushed to help me. He got on his hands and knees and changed my tire. It was a beautiful representation of friendship after love and after loss.

Thankfully, there was more to college than heartbreak and car trouble. I hit the road for many trips throughout my four years, including spring break in the Georgia mountains. Eight of us caravanned in two cars, with Ruby leading the way. It was the most memorable, care-free week with nothing on the schedule but a slip-and-slide contest down the hill.

Ruby was part of a lot more firsts, including my first real-world job after college, which was only ten minutes away from home. I was earning a paycheck, and life was good. I got in a rhythm of weekly happy hours at a popular oceanfront bar with my new friend Katie. We took turns being DD, and the mileage started to rack up. And as better job opportunities came my way, my commutes got longer.

In addition to many rides to work, Ruby made frequent trips to the Fort Lauderdale Airport. I’ll never forget the jitters I felt while on my way to pick up Sandy.

I met Sandy in Las Vegas at the rooftop bar at Caesar’s Palace while I was on a girls’ trip. He was living in Boston at the time, but undeniably, sparks flew during the few hours we spent together parading on the strip with our friends. We kept in touch that summer, falling for each other more with every phone call, until one day he decided to book a flight to Florida to see me.

After the most magical weekend together (literally — I took him to Disney World), I reluctantly dropped Sandy back off at the airport. I cried the entire drive home, knowing we were absolutely perfect for each other but unsure how we would make the distance work.

Less than three months later, Sandy came to Florida again, but this time he drove his own car, and parked it permanently in the driveway next to mine. We would spend part of the next three years living together in Miami, where Ruby and I got to experience the agony of rush hour traffic on Brickell Avenue. One night, she broke down as I exited the highway. I started to panic, but after a few attempts to restart, she was back in action. Phew.

Before I knew it, Ruby and I hit 130,000 miles and counting. Now my concerned husband, Sandy often asked me when I was selling my car. In April of this year, we had officially been on a 10-year ride together. I hated to admit it, but perhaps it was time to move on.

I bought a new car on Father’s Day — another symbolic purchase. With my parents’ support, they empowered me with education and experience that allowed me to buy a new car on my own. Although it was a gift for myself, it was also a gift for my parents that represented their daughter’s independence. 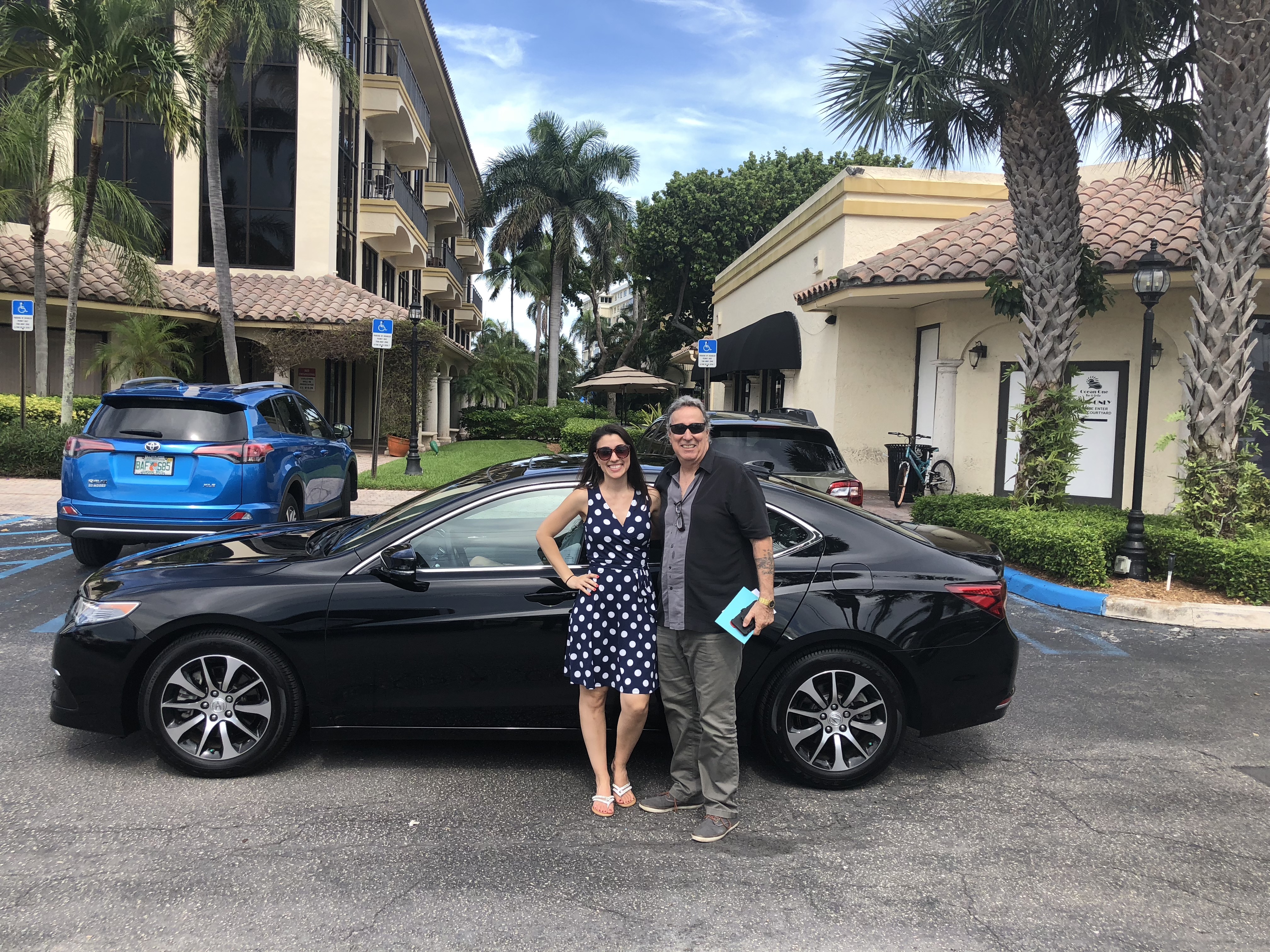 But getting a shiny new car was bittersweet — what would this mean for my dear Ruby? I truly didn’t want to part with her, but I knew our decade together had come to an end. I got a quote from Carmax, but I wanted to personally find an owner who would appreciate the car and deserved her in all her glory. She’s had a few tune-ups and still runs great, and looks good too, aside from a little oxidation on the paint. The Florida heat took its toll.

I asked my family if they knew anyone who needed a car and would want to “adopt” Ruby. My brother is a high school basketball coach and one of his players came to mind — Deante. Deante has always been a good kid on and off the court. He has a single-mother who I’d see courtside at every game cheering him on. He just graduated with honors in June, but his mom forbade him from heading off to college on the west coast of Florida in his unreliable car.

Hearing Deante’s circumstances brought me back to my own experience as an 18-year-old high school graduate. I’ll never forget that feeling of freedom. It was when I realized I was in the driver’s seat of my future. I thought of all the places I went, and all the people who rode shotgun or piled in the backseat. Those rides, long or short, shaped who I am today. I wanted Deante to have his own adventures with a (somewhat) new set of wheels.

My brother, Deante, and I worked out an arrangement for him to buy the car for an unbeatable price. My mom was driven to tears seeing her two children help a deserving young man prepare for his new chapter. Everything had somehow come full circle. 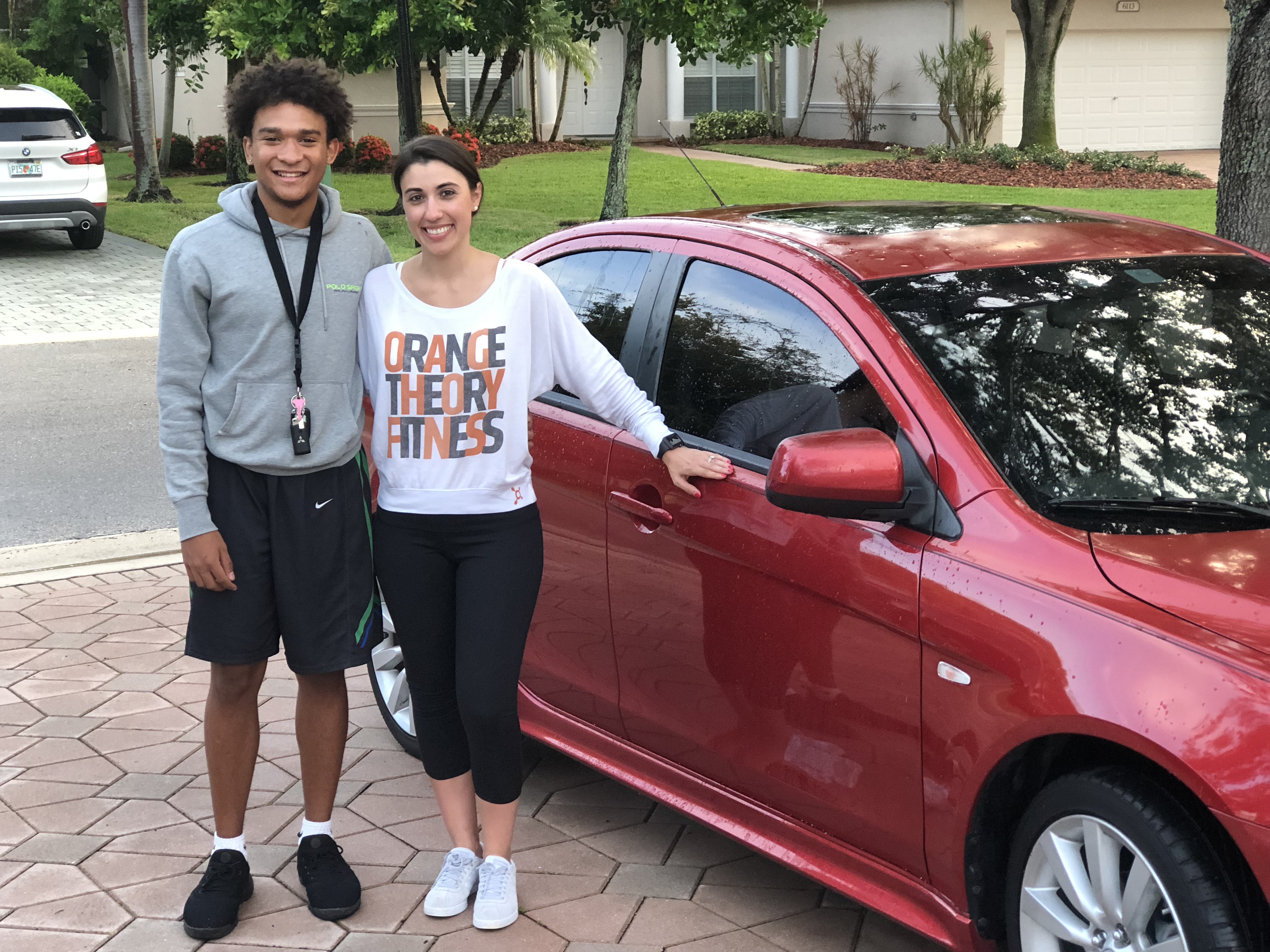 I’m a sentimental person, and I thought parting with my car would be sad and difficult. But it was easy. I’m reassured knowing that Ruby has found new purpose on Deante’s journey. I know it’s just a car, but it’s like her calling. My high school graduation gift is living on in some way, helping another young adult on the road ahead.

And the best part is, he agreed to keep her name.

MUST-WATCH: Taylor Swift’s “Out of the Woods” on the Piano